Preacher on the Run by Jayna Baas ~ Spotlight & Giveaway!

Preacher on the Run

A Novel of the Regulator Uprising 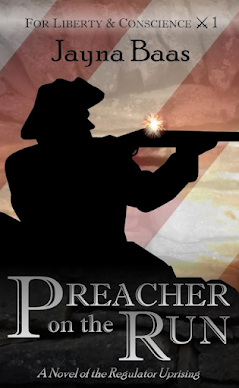 STANDING FOR TRUTH COULD COST HIM HIS FREEDOM.

FIGHTING FOR FREEDOM COULD COST HIM HIS LIFE.

It’s 1771, and North Carolina is at war. On one side stands established religion and the power of the Crown. On

the other side stands a dangerous freedom of conscience.

corrupt British government. All he wants is a safe place for his little Baptist church to live and worship God.

But choosing sides has made Robert a target. The Church of England wants him to shut up. The governor wants 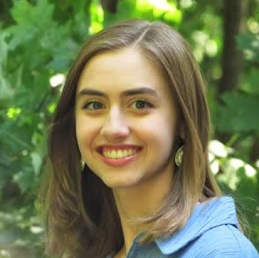 Jayna Baas, pronounced as in “baa, baa, black sheep,” is the author of Preacher on the Run and a

member of American Christian Fiction Writers and The Christian PEN: Proofreaders and Editors

Network. She lives in northern Michigan with a great family of real people and the family of pretend

people who live in her head. (Yes, she does know her characters are not real. No, she does not want

you to tell them she said so.) Although she enjoys multiple genres, her favorite story is this: “For God

so loved the world, that he gave his only begotten Son, that whosoever believeth in him should not

perish, but have everlasting life” (John 3:16). Learn more and sign up for an exclusive short story at 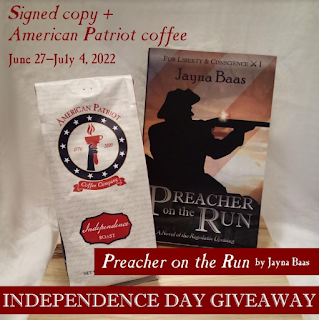 There is a giveaway as well! Follow this link to enter!
http://www.rafflecopter.com/rafl/display/25c877fd5/?
Definitely recommend reading this book! What about you, have you read it yet!? Happy Independence Day!
Posted by Molly Anne at 7:00 AM 1 comment:

"Washington's Armor" is a newly released movie that is well worth watching. It's one of the best movies I've seen in a long time. The best part about it was George Washington's faith in God and the miracles God did in his life. Highly recommend watching it!

"The story takes place in Colonial America at a time of political turmoil due to the English and French both warring for American soil. As the American Indians carefully choose sides, George Washington gets an opportunity to prove his military capability and resolve, which strategically places him on this miraculous journey to becoming the first president of the United States of America. This story is not only filled with physical danger from the elements, but also the dangerous opposing parties makes every decision a life or death one." 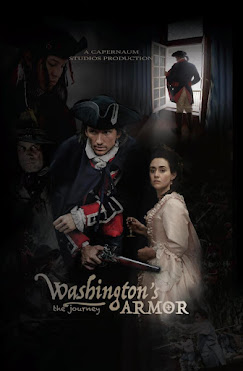 If you'd like to get involved, go to: WASHINGTON'S ARMOR - Home (washingtonsarmor.com)
Interested in watching it?: Washington’s Armor | Feature Film (theepochtimes.com)
Want a DVD copy?: SHOP - WASHINGTON'S ARMOR (washingtonsarmor.com)
~~~
Just wanted to give you all a little update: I've been focusing more on music this past year than writing. I still plan on posting on this blog periodically. If you'd like to follow along, you can find me on Instagram: oud.and.me. https://www.instagram.com/oud.and.me/ Hope you all are doing well and have a great spring/summer!
Posted by Molly Anne at 8:15 AM No comments:

To celebrate The Torch Keepers' second birthday, I decided to re-post my review of this incredible book! This book is absolutely amazing, and I highly, highly recommend it! 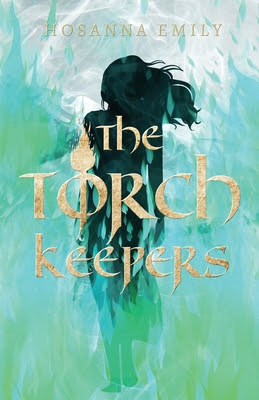 The King's blue flame quivers as a new fire arises, and Kadira must hold fast to his torch. It's destiny; she's a torch keeper.
A fiery revolution sweeps across the kingdom of Erkeos, and each person must choose a side. Kadira, a girl set apart to serve the King, finds her city engulfed in the Liberation's emerald flames. Her blue eyes mark her as the enemy, and she flees from death. It stalks her anyway. When she meets Rekem, the Liberation warrior sent to kill her, she rebels against the King's ways. Two armies collide; indecision isn't an option. As hearts and lives hang in the balance, Kadira and Rekem could bring destruction or liberation to the entire kingdom.

The Torch Keepers is an amazing book! I've been looking forward to reading it ever since I discovered Hosanna's blog, which was well over a year ago. :)

Kadira, the main character, struggled to understand the King, struggled to understand that he had a purpose for her life. Her story was a story of sadness and rebellion, but also of redemption.
Father and Gamma, who were like a father and a grandma to Kadira, were both so sweet. I also really liked Emyir; I loved her passion for the King. She was probably my favorite character. Rekem was a hard character to like. I was hoping his story would end differently. Like many people do, he was searching for meaning in life.
This book is about on-going battles between two sides- the Liberation, which is run by the Prince, (who seems to represent Satan), and those on the King's side (who represents Jesus).
This book has spiritual lessons sprinkled throughout, which I really appreciated. One of my favorite parallels between our lives and what was portrayed in the novel was the torch keeping. People are set apart to be torch keepers for the King- they keep the King's bright blue fire burning in each town. We are also supposed to keep our torches burning in our hearts. Another interesting thing, the Liberation (the evil side) take the King's fire and turn it into green fire- which in the book represents evil in a way. The Liberation took what was good (the blue fire) and twisted it into evil (green fire). The Torch Keepers is a book I think many people need to read.
Overall, I recommend this book for readers 14+. Nothing is described in great detail, but there are deaths, wounds, and the Liberation does horrible things. I would definitely recommend this book! 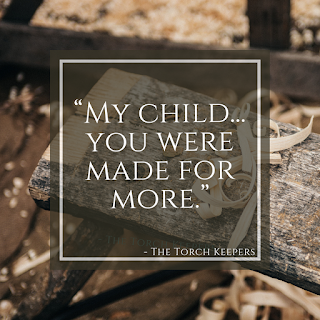 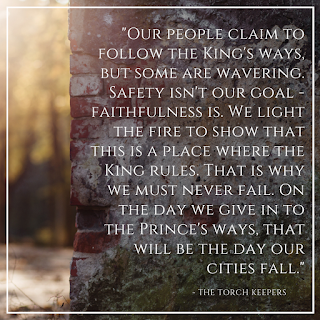 Have you read The Torch Keepers? What were your thoughts? :)
Posted by Molly Anne at 8:26 PM 4 comments:

Starlight Animal Rescue: Where problem horses are trained and loved, where abandoned dogs become heroes, where stray cats become loyal companions. And where people with nowhere to fit in find a place to belong.

This is one of my favorite series by Dandi Daley Mackall. The story lines in these books are incredible! I loved how the animals helped the characters heal and how they also helped the characters know Who God is. In three out of the four books, the main characters come from rough backgrounds- a runaway foster teen, to a cancer patient. The animals always help to show God's love to these teens and kids. Although all of the books were great, my favorites were definitely Runaway and Dark Horse. The faith themes were beautifully written!
If you love redemption stories, horses, cats, or dogs, these books would be a great choice! :)
~~~
What about you? Do you like cats, dogs, or horses better? Let me know in the comments below! :)
Posted by Molly Anne at 8:10 PM 1 comment:

Tim Carhardt is drifting through life with one goal: survival. Jamie Maxwell believes she can become--no, "will" become--the first female winner of the Cup. But life isn't always as easy as it seems. What happens when dreams and faith hit the wall? You don't want to miss a second of the action. These fast-paced books will keep even reluctant readers on the edge of their seats. Go behind the scenes of America's most-watched sport to see what it's like inside a 200-mph racecar as engines rev and lives collide.

I never thought I would like a NASCAR series so well! ;)
I enjoyed getting into the minds of the drivers. It was fascinating to get to hear more about how they interact, and what drives them to compete.
My favorite characters were Jamie, Tim, and the Maxwell family. They all had their strengths and weaknesses, and were absolutely amazing characters! Butch and Chad- I couldn't stand them. (Read the books and you'll understand...)
This series deals with the good and the bad when it comes to racing. It deals with it in a good way; and shows that keeping your standards and morals are more important than winning. Although winning is great, too! However, being an honest, fair, driver, is more important than winning the Cup.
These books are fast paced, full of adventure, and interesting! I highly recommend checking them out!

Molly Anne
Hi! My name is Molly. I’m a teenage girl who is on fire for Jesus. I love animals and music! I play the piano, guitar, violin, cello, ukulele, bass guitar, percussion, and I sing. I hope my blog will inspire you and encourage you, and that you will grow closer to Jesus. Welcome to my blog!